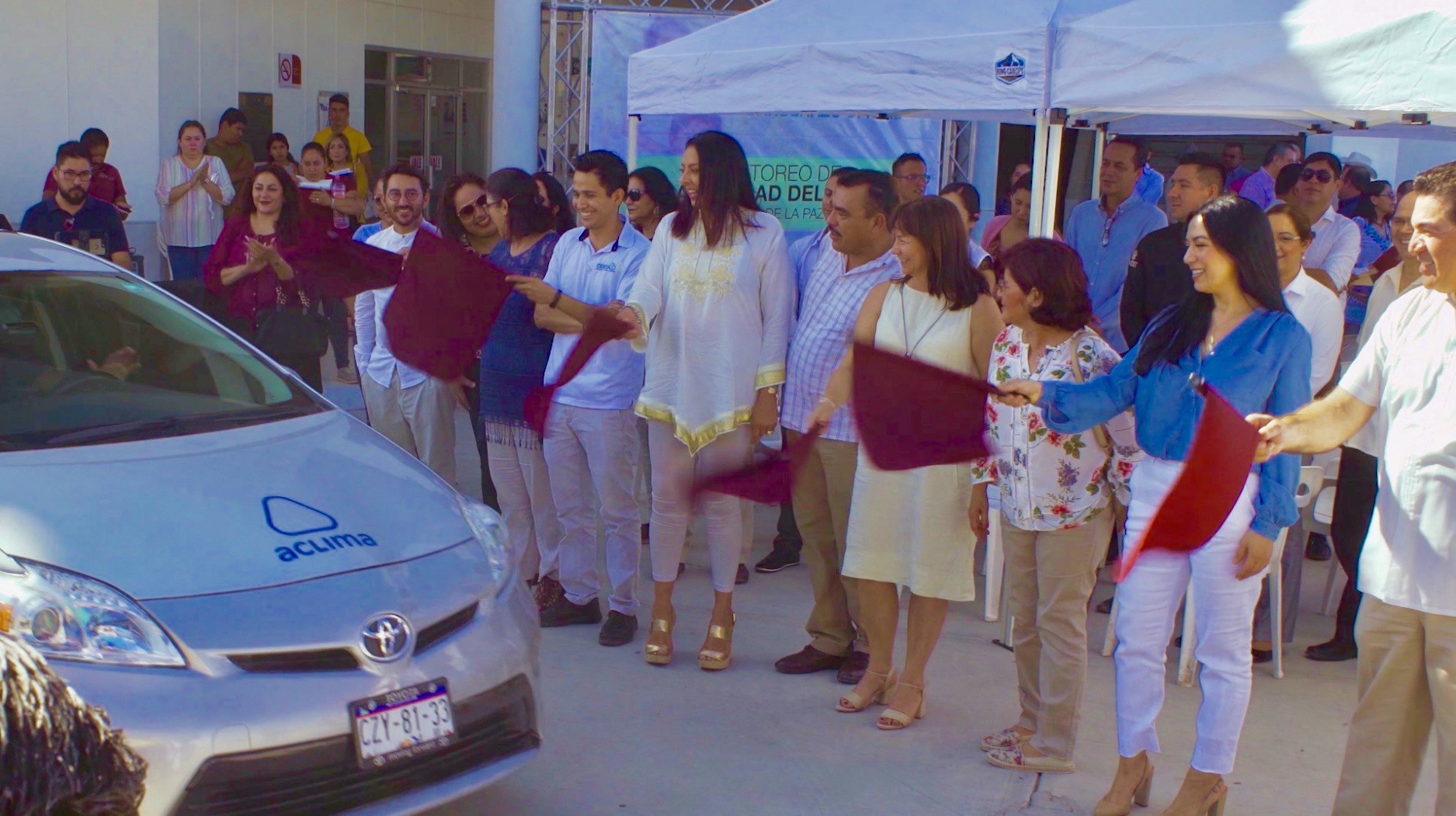 Working in partnership with key stakeholders, Aclima is delivering a groundbreaking air quality mapping program across La Paz, Baja California Sur — the first of its kind in all of Mexico. Since March 2019, Aclima has been measuring air pollution block-by-block at the ground level throughout the city of La Paz. Members of the Aclima team made a recent trip to the city to officially announce the project with support from the local government and community stakeholders, including the mayor of La Paz, Rubén Muñoz; Lucia Frausto of Cómo Vamos La Paz (CVLP), Frank Aguirre of BCSicletos, and Israel Barreras of CERCA.

Aclima’s mapping in La Paz will provide a representative view of the air quality conditions throughout the city by aggregating measurements from repeated driving on city streets over the course of many months, resulting in what we refer to as a baseline map. The annual baseline will include measurements of nitrogen dioxide (NO2), carbon monoxide (CO), carbon dioxide (CO2), ozone (O3), particulate matter (PM2.5) and black carbon (BC).

At the public unveiling, Mayor Rubén Muñoz addressed the harmful effects on the environment and human health caused by air pollution and stressed the urgency to take action since it contributes to climate change and health problems affecting residents across the region. The mayor promoted green and sustainable projects for the municipality, such as an electric public transit system, strategic urban planting, and the generation of clean energy for the entire municipality of La Paz. Mayor Muñoz shared his gratitude to the community organizations and Aclima for partnering to conduct the air quality monitoring project in the city of La Paz.

At the launch, Aclima CEO Davida Herzl spoke to the public about the program’s objectives: to generate a new layer of hyperlocal data on criteria pollutants and greenhouse gases concentrated in the city from various sources. Ultimately, Aclima seeks to empower the local community and government with data that can inform solutions for improving air quality and protecting public health from air pollutants.

At another meeting during our visit to La Paz, we had the privilege of presenting preliminary results from the city mapping to the mayor’s staff with Aclima Pro software. The team quickly spotted higher concentrations of PM2.5 in areas of the city closer to the electricity plant and contrasting patterns in the distribution of carbon monoxide strongly correlating with busy thoroughfares. Per the findings, the Transportation Secretary was inspired to explore vehicle emissions verification strategies to implement in La Paz, including on the official municipal fleet and public transportation vehicles. Aclima looks forward to deliver in-depth results to the mayor’s staff this Fall to help diagnose the hyper-local air quality problems in the region and develop public policy to reduce emissions and public exposure to pollutants.

Providing academic researchers with a new view of air pollution

In order to share the insights gained from Aclima’s mapping platform with the relevant local academic community, a group of professors and researchers from Universidad Tecnológica de La Paz (UTLP), Universidad Autónoma de Baja California Sur (UABCS), Centro de Investigaciones Biológicas del Noroeste (CIBNOR) organized a dinner where they discussed scientific research of air quality in the region and how to incorporate Aclima’s groundbreaking data. The academic group made a commitment to put this data into action in future scientific articles about air quality in La Paz. They also expressed interest in overlaying georeferenced cancer data to deepen their understanding of the health effects caused by air pollution. Aclima is committed to advancing the science of local air quality and provides researchers free access to hyperlocal datasets and tools through Aclima’s Research Program.

Aclima is also working with local partners to enhance community engagement and participation to support the long-term sustainability of our air quality monitoring system deployed in La Paz. Aclima has partnered with BCSicletos, a citizen group that develops and executes strategies to solve the problems of mobility in the city of La Paz, specifically with urban cycling. Following the public launch of the program, Aclima participated in #SacaLaBici, a local weekly bike ride sponsored and hosted by BCSicletos. Aclima’s vehicle equipped with air quality monitoring platform, nicknamed ‘Cardon,’ escorted the group of bicycle riders.

Additionally, Aclima is partnering with civil society organization Cómo Vamos La Paz to bring public engagement on issues related to air quality to schools as part of their program visiting local schools. Finally, Aclima and community partners have drafted a letter to Mexico’s environment ministry, SEMARNAT, requesting intervention to follow up on the implementation of the actions established in the PROAIRE program. Our letter codifies our commitment and ambition to generate actionable policy changes.

At the moment, Aclima has established baseline measurements in La Paz. We are looking forward to presenting our initial findings at the Clean Air Forum to be hosted in La Paz in late October of this year. We are grateful to the city of La Paz and our community partners — Cómo Vamos La Paz (CVLP), Fondo para la Comunicación y la Educación Ambiental (FCEA), CERCA, and BCSicletos — for their collective action and commitment. With our data collection, monitoring efforts, and community engagement, we hope to empower the municipality to act on air pollution. 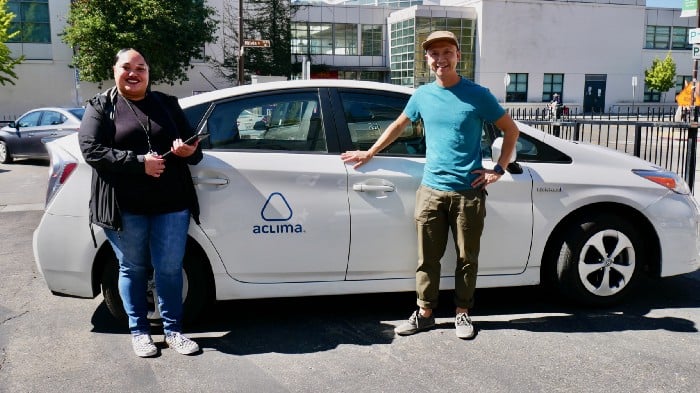